Are You Kidding Me? Ill Advised Spine Surgery

Mar 16 / Dr. David Hanscom
Patients and physicians are frequently making illogical decisions regarding spine surgery. I have watched this phenomenon steadily worsen for over 30 years. One of the core problems is that there is little accountability. You would expect your surgeon to do everything he or she could do to optimize your chances of success. There are numerous well-documented treatments that can accomplish this goal. Yet another 2014 paper showed that only 10% of orthopedic and neurosurgical spine surgeons address the known risk factors that predict a poor outcome. (1) The problem
continues to spiral out of control with over 1 million spine surgeries performed in the US in 2020. A high percent of them are not needed and even if they are indicated, why not put the odds in your patient’s favor?

The following stories may or not impact you much but watching the severity of suffering resulting from ill-advised spine surgery became intolerable. These are examples of situations that I would see weekly, as I was a surgeon who specialized in trying to salvage patients with prior failed spinal surgeries. I could often improve their situation, but not nearly as completely as those who had never undergone an operation. In fact, these cases are relatively mild considering what is actually taking place.

To solve a problem in any mechanical realm you must clearly identify all the variables before you can solve it. The same holds true in your body except you have the added dimension of pain. In order to feel pain, a pain impulse must exceed the pain threshold. It doesn’t matter whether the signal arises from inflammation, bone spur, infection or a prior pain circuit. However, the only scenario that would make surgery an option is if you can identify the anatomical abnormality causing the matching symptoms. My term for this scenario is “structural pain."

Sciatica Without a Cause

I was recently on the phone with a gentleman who had felt pain down his leg for almost a year. Because the symptoms were so classic, I was sure that surgery was the answer. I ordered a myelogram followed by a CAT scan of his lumbar spine and was surprised to find the results showed a totally normal spine. There was no blockage to the flow of the dye in the nerve roots, which means that there was not any mechanical compression.

Certain that surgery was not the answer to his pain, I outlined a framework of care that has been consistently effective. When I called him a few days later, he told me he was declining my suggestions for a non-surgical remedy. He had already done “pain management,” and was going to have the surgery offered by a local surgeon. The surgery was being done to decompress a nerve that was not compressed. He had not looked at any of the options I had suggested.

Why was any surgeon offering to perform surgery when he or she couldn’t identify the source of the problem? There isn’t a shred of evidence that says that this is a good idea. None. If the surgeon had offered this option while sitting for his oral board examination for neurosurgery, he would have been automatically failed for giving a dangerous answer. Yet in practice, he or she can do whatever they want, and patients tend to trust their doctors.

Second, it’s been demonstrated in multiple research studies that any uncomplicated surgical procedure can induce chronic pain as a complication of the procedure. (2) These are surgeries performed for straightforward problems such as hernia repairs or gallbladder removals. The risk is as high as 40% for having unrelenting pain for up to a year and 5-10% of the time it is permanent. This possibility is rarely mentioned as a complication. The risk factors include: depression, anxiety, and pre-existing chronic pain. The chances of making him worse are higher than making him better.

Third, why should he take the word of one surgeon who gets paid well to perform surgery without really checking this out in depth? Patients often seem to put in less time making a decision about proceeding with surgery than they do doing the research on buying a car. Much of my practice was spent performing surgery to salvage prior surgery. In the majority of the cases the original operation should not have been done. He’s headed down this same path. Why is it OK for the medical profession to offer him an operation without any basis? 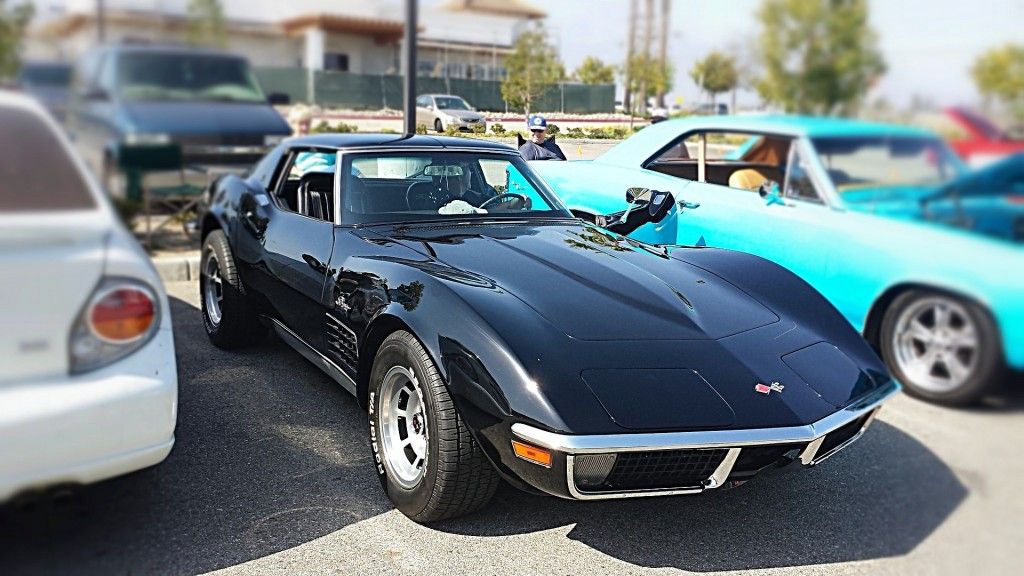 Fourth, surgery always carries risks – even the simplest of them. I will never forget the story of an airline pilot who had cut a tendon in his finger with a wine opener. An anesthetic technique was used that numbs up the entire arm. The tourniquet broke that was intended to hold the IV anesthetic within his arm. As the medication entered the rest of his body it stopped his heart and he died. Patients somehow think a complication will not happen to them. You’re wrong. They happen and they’re unpredictable. I’ve witnessed every possible complication of spine surgery over 30 years of performing surgery in my own and others’ patients.

Fifth, when you are under stress that your body secretes stress hormones such as adrenaline and cortisol and inflammatory proteins called cytokines. These chemicals and inflammatory processes lower your pain threshold by increasing the speed of nerve conduction. (3) The better solution is to first calm down your nervous system, de-adrenalize your body, lower inflammation, and the pain threshold will return to its normal level. Many patients have experienced major losses about the time his or her symptoms began. The hits are often major such as loss of a job, retirement, death of a spouse or child, etc. What is your life like? Have you been under an unusual amount of stress over the last year? Adding on the additional stress of surgery is generally unhelpful in this situation.

We presented a paper in Argentina that documented 37 patients with severe structural spinal problems whose pain resolved without surgery. They had diligently engaged in the concepts that calm down the nervous system that are outlined on this website. When they came in for their final visit to finish the preparations for surgery, the pain had resolved and they cancelled their case. Each of them had severe structural problems in the form of bone spurs that were pinching nerves and they would have done well with surgery. But why undergo an operation when there are no symptoms? 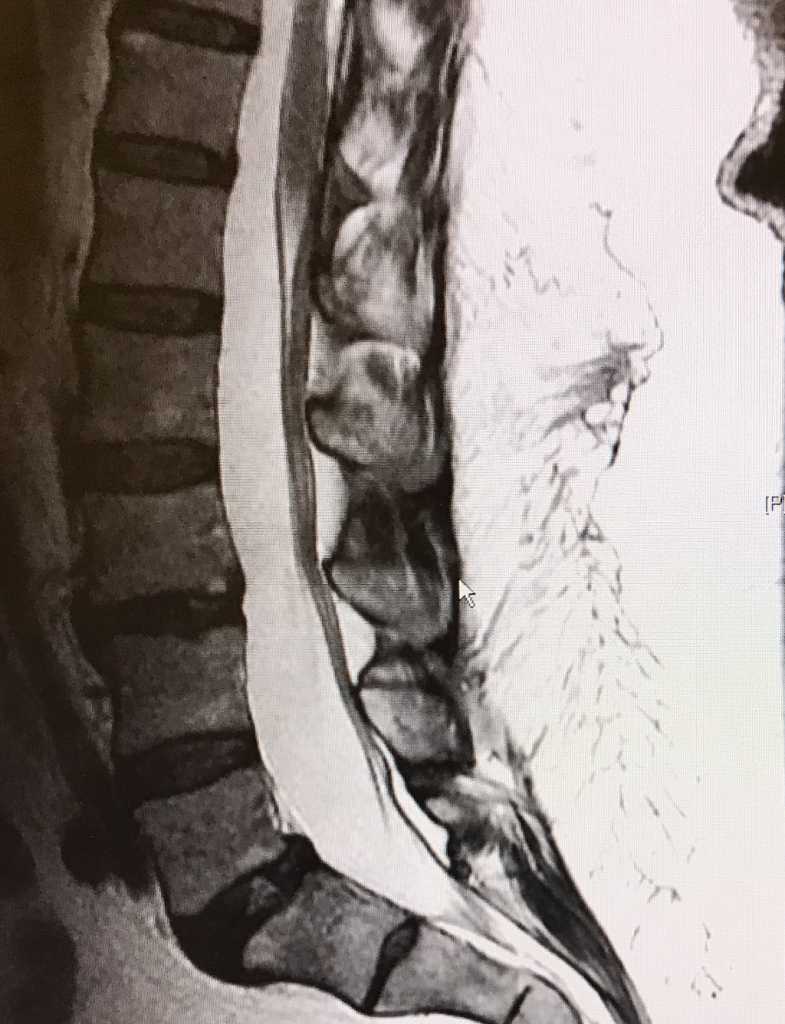 Surgery on a normal spine

An East Coast colleague sent this set of films to me. This is a lumbar MRI of a middle-aged woman with back pain. It is normal for her age and actually better than most. Her disc heights are maintained with minimal degeneration. Additionally, it’s well documented that disc degeneration is not a source of back pain. A better term for “degenerative disc disease” would be “normally aging discs”. She is also markedly overweight. I don’t know any details of her non-operative care. It doesn’t matter because this is not a spine that warrants surgery because there is no identifiable source of pain. She underwent a prolonged surgery with enough blood loss that she ended up in the intensive care unit. 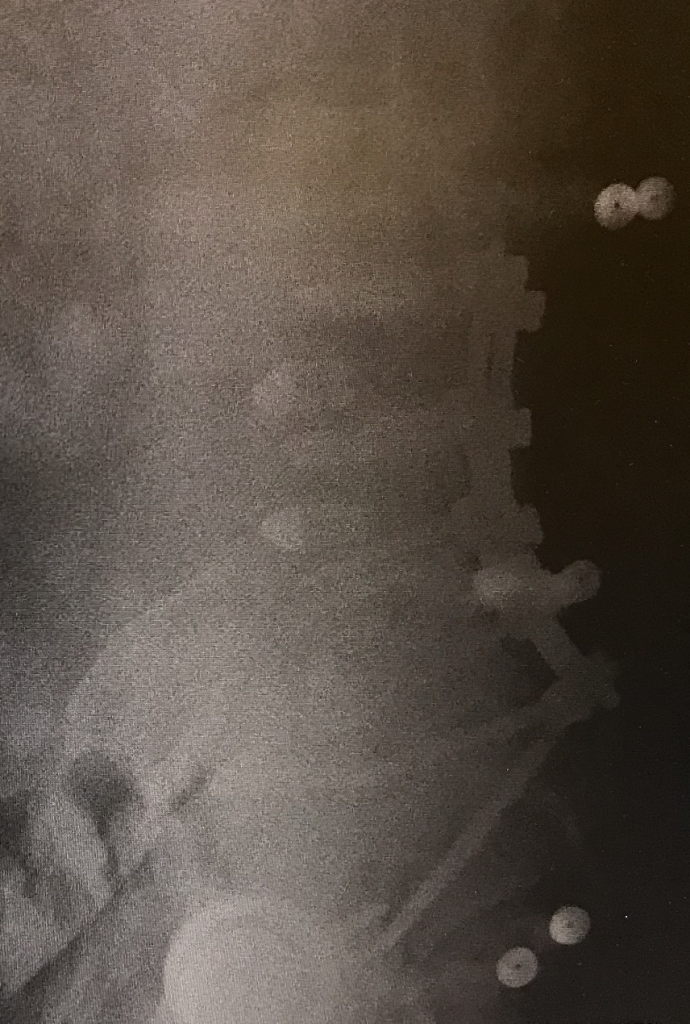 This isn’t a great film but you can see the hardware in her spine from having a two-level fusion from her 4th lumbar vertebra to the sacrum. The chances of this surgery solving her pain long-term is less than 20%. As mentioned above, the chances of making her pain worse are 20-40%. (2) With her weight, there is a high chance of a wound breakdown and also the long-term issue of her spine breaking down at the top of the fusion. The estimated cost of the surgery is between 50 to 100 thousand dollars.

Right now, the business of medicine is playing a dangerous game with you. You’re being offered procedures for problems that don’t exist and with no data to support them. Often an operation is offered on the first visit. 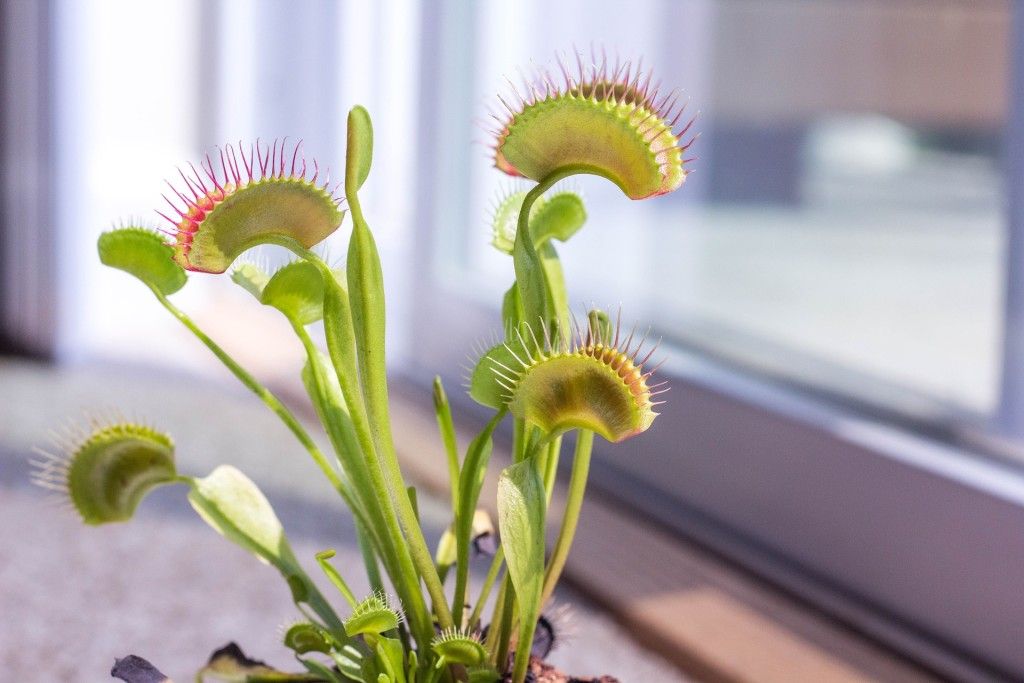 Several metaphors come to mind while pondering this scenario. One is playing the game of charades. Or what about the Wizard of Oz? Another that comes to mind is the famous tale of “The Emperor Has No Clothes”. Physicians are smarter than this and so are you. What’s going on? We are being pushed hard to be “productive”. Medicine has got to clean up its own act, which is a discussion well beyond the scope of this article. In the meantime, it’s critical that you take responsibility for your decisions about your own life and health. You may be walking into a Venus fly trap.

I did write a book, Do You Really Need Spine Surgery? Take Control with a Surgeon’s Advice. It will organize your thinking around the decision to proceed with surgery. Many people have been able to move on and heal without any surgery. If surgery is not an option, patients will become frustrated because they had such high hopes of escaping from chronic pain. I understand. However, we have watched hundreds of patients escape from the grip of chronic pain with learning the approaches reflected a self-directed process called, The DOC Journey. It is based on my book, Back in Control: A Surgeons’ Roadmap Out of Chronic Pain.  I witnessed many surgeries being performed or recommended on normal spines. Are you kidding me?
References:

"The best part of the DOC Journey is that the tools and approach continue to work indefinitely."

IMPORTANT DISCLAIMER: THIS WEBSITE DOES NOT PROVIDE MEDICAL ADVICE
Website information, including but not limited to, text, graphics, images and other material contained on this website, is for informational purposes only. The purpose of this website is to promote broad consumer understanding and knowledge of various health topics. The information on this website is not intended to be a substitute for professional medical advice, opinion, diagnosis or treatment. Always seek the advice of your physician or other qualified health care provider with any questions you may have regarding a medical condition or treatment and before undertaking a new health care regimen, and never disregard professional medical advice or delay in seeking it because of something you have read on this website. You should also ask your physician or other healthcare provider to assist you in interpreting any information in this website or in the linked websites, or in applying the information to your individual case.  This website does not recommend or endorse any specific tests, physicians, products, procedures, opinions or other information that may be mentioned on this website. Reliance on any information appearing on this website is solely at your own risk.
© 2021  It's Elation Inc.  All rights reserved
Login or sign up to start learning
Start learning
or
Sign up to !
or
click to upload avatar
I accept the  Terms & Conditions
I would like to receive news, tips and tricks, and other promotional material
Start your learning journey
Sign in with your account Forgot your password?
Get a brand new password!
OK
cancel
Enter your brand new password
OK
cancel